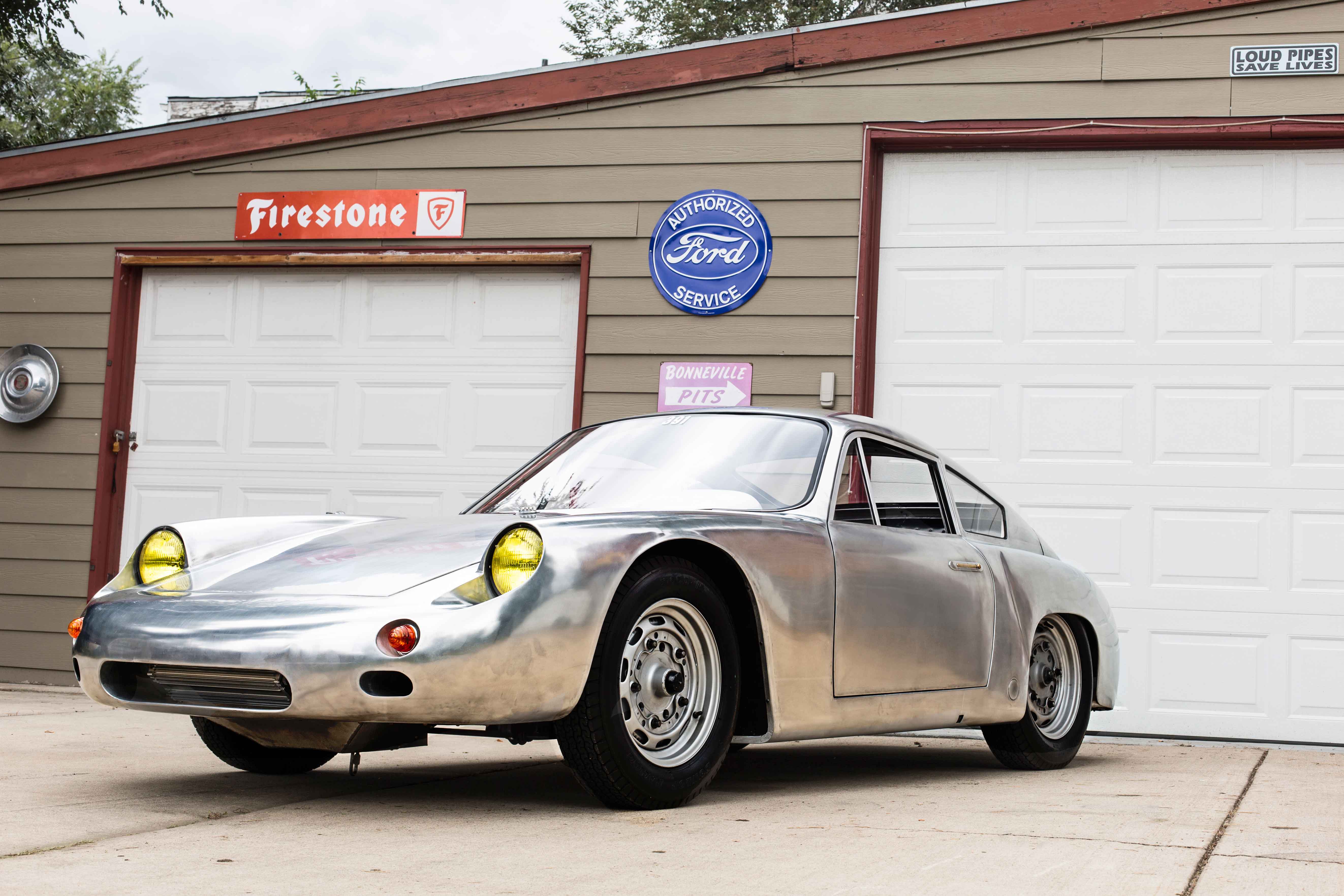 The Carrera Abarth is among the rarest Porsche models in existence as there were only 21 originally made. Contributing to their mystery, who actually built these Franco Scaglione-designed Porsches still remains unknown. Built on a Porsche 356B chassis, these aluminum cars pushed racing limits to new heights, and, as Bill Ousler notes in Porsche Racing Cars, these customizations were executed to suffice an FIA regulation. At the time, the rules defined a “car” by its chassis and running gear, rather than by a complete calculation of the body dimensions.

Keeping FIA rules and regulations in mind, Porsche sought out designers in 1960 to create a new lightweight 356 body. Finding the perfect match in Italian company, Abarth, Porsche elected to go with the designs of Franco Scaglione. His new designs attempted to reduce frontal area and overall height of the vehicle, as well as add an adjustable scoop on rear deck lid. Comprised completely of aluminum, the Abarth body was smaller than the Reutter 356 in every way and reduced drag from.398 to .365 Cd.

The first prototypes were delivered from Turin in 1960, and although a bit rough were sufficient to win the Targa Florio. It was Paul Sträle who bought the second prototype and was able to finish first again at Targa Florio the following year.

Al Lager’s Abarth would be a nice addition to any Porsche aficionado’s collection, or would be a great new car for the track – it is race ready, and it is fast!